How Does an Infinity Pool Work

Home  »  Inground Pools   »   How Does an Infinity Pool Work

Since Gaius Maecenas of Rome first had the genius idea to heat a swimming pool, these human-made structures have been popular around the world.

It wasn’t until the 1950s, however, that architect John Lautner (a former acolyte of the legendary Frank Lloyd Wright) introduced us to the ever-so-modern concept of the infinity pool. This magical element removes the barriers between the pool and the environment it is in, making for a luxury experience even in an otherwise-humble backyard.

Today, we’re here to spill all the secrets of the infinity pool. Let’s take a look at how it works, the best sites to build one and some safety considerations – as well as how to get your own!

How Does an Infinity Pool Work?

An infinity pool is also known as a zero edge pool, vanishing edge, negative edge or infinity edge pool. The concept is simple: by removing the obstruction of a lip and a deck, the pool merges with its surroundings so that the edge looks like it is disappearing into the horizon. When done right, the effect is pure magic.

Of course, if you’re an expert pool builder, you know that it’s just really great engineering. The pool is designed to play a visual trick on the eye, making you feel like there is no separation between the water and surrounding landscape features. The swimmer becomes one with the skyline in a way that just isn’t possible with the interference of all those extra right angles.

Lautner’s first infinity pool designs appeared in the sun-drenched landscape of Southern California, but since then they’ve made appearances around the world. From New York City skylines to Balinese luxury resorts to the Swiss countryside, they’ve become one of the best ways to assert status and bring tranquility.

How Does the Effect Work?

You know it’s not magic, but how does an infinity pool work? Let’s take a look.

The Water Meets the Pool’s Edge

The first part of the illusion is the fact that the water in an infinity pool goes up to the very top of the wall on the vanishing point. This helps blur the line between the edge of the pool and the horizon.

The next part of the illusion is the waterfall effect. The infinity pool is sloped downwards toward the disappearing edge, at too subtle an angle for the eye to detect. Combined with the waterline effect, the result is a slow waterfall that pours down from the pool’s edge. This creates the illusion that the water is flowing towards the horizon

From there, the water that falls is caught in a catch basin and then pumped back into the pool to create an ever-flowing effect. It’s important for the basin to be deep enough to catch all the water that flows into it.

The Reflection of the Sun

Another part of the effect is the reflection of the sun, which makes it harder for individuals to see the inner workings from the top of the pool. When light glints off the water, the bottom of the pool is blurred along with the disappearing edge so that the pool more seamlessly extends into the horizon. That’s not to say that the infinity pool effect is useless on cloudy days, just that the illusion is more complete when the sun is shining.

The flat surface of the water is extremely important because it helps keep the illusion of the water extending into the horizon, instead of being churned and murky. To get this effect, infinity pools have a special pump that can cycle the water without creating too strong of a current.

Although many of our customers wish to combine bubblers or fountains with their infinity pools – a natural urge when looking for maximum beauty – you’ll want to avoid this. Our experience proves that water movement disrupts the surface of the pool and breaks the illusion.

And that concludes our Science Hour for the day. Now let’s turn our attention to the best spots for building an infinity pool.

What Are the Best Sites for an Infinity Pool?

This type of pool works best with a significant drop-off or towards an open stretch of landscape. While some elevation is nice, it isn’t necessary. You can get the same effect by creating a raised surface, which will allow the pool to appear like it is naturally going off into the surroundings.

Some of the best sites include:

This is a common question we get. Because the edge appears to disappear, many people worry that it might actually not be there. That just proves the strength of the illusion in a well-built infinity pool!

The answer, though, is yes: infinity pools are perfectly safe. The visual trick does not mean there is an actual missing edge. It is simply a result of careful engineering that the wall sits under the waterline.

Have Your Pool Built Right

If you’d like to consult about infinity pool possibilities and design, our team is happy to help. We love nothing more than creating perfect – and perfectly relaxing – hangouts customized to you and your family.

Want to get in touch? Give us a call or use this form to get a free estimate today. 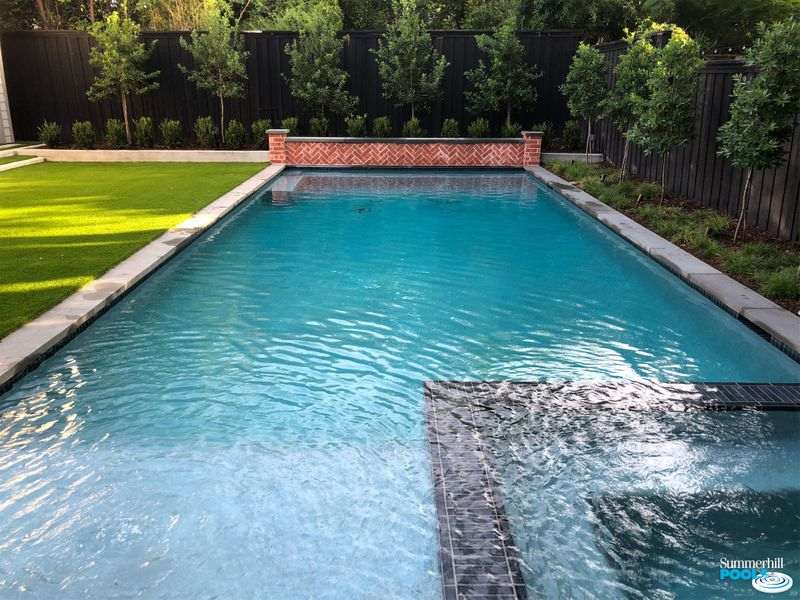 How to Style Up a Rectangle Pool 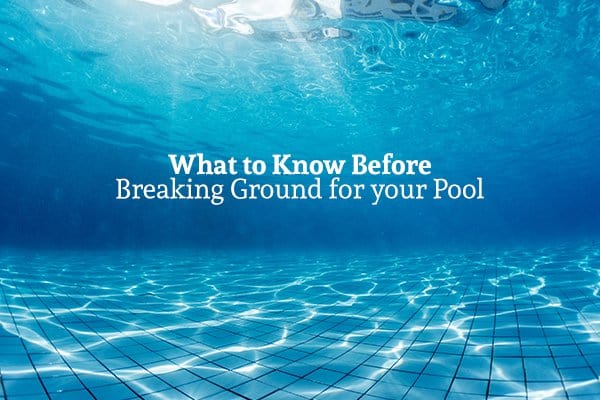 What to Know Before Breaking Ground for your Pool 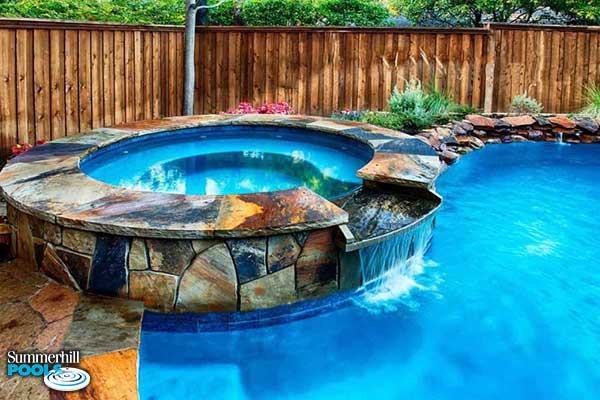 Benefits of Owning a Swimming Pool in North Texas